First off, I want to say thank you to everyone who’s been playing 1.0. The response has been very positive and I, personally, couldn’t be more happy.

We’ve gotten a lot of feedback on bugs and gameplay annoyances, which we’ve fixed for our next release. A full change log will be available when 1.01 is released some time this weekend.

There were a few new/changed strings in the engine and the game data, so we are starting a short string freeze for translators. Translations should be in by 2:00 PM EST on Friday, March 30. Below is a summary of the strings that need attention:

Update: Translation is now possible via Transifex for both the engine and game.

In case you missed it, the Linux/Windows/Mac versions of Flare are available on itch.io.

The Mac OS release of Flare is now on the Downloads page. Thanks to Thomas Leavitt for helping get this done. 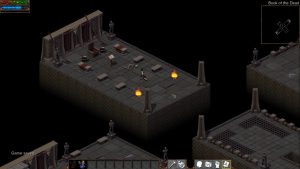 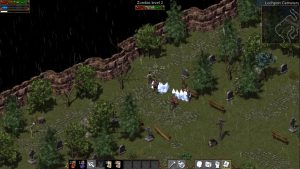 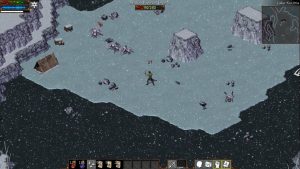 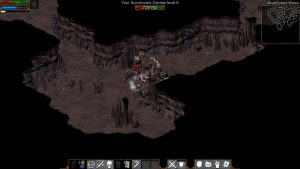 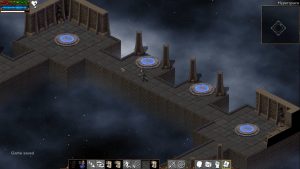 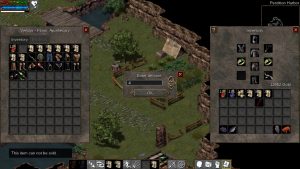 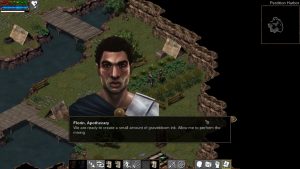 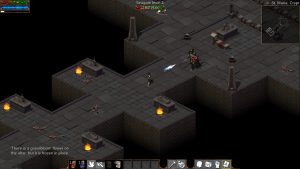 Here’s a new trailer for the Empyrean Campaign, which will be shipping with Flare 1.0 on March 12th.

Flare version 0.96 brings a bunch of new changes since 0.95.03. There is now one week left until the 1.0 release. Please remember to get any new or updated translations to us by March 9th.

We’ve fixed a few issues that were in the 0.95 release. A more complete list of changes since 0.19 will be posted when 1.0 is released.

Flare 0.95 is ready for translation

We are now declaring a string freeze for both flare-engine 0.95 and flare-game 0.95. New translators should refer to the guide on the wiki. Below is a list of the areas that may need translation work:

Translations are preferably submitted as pull requests on Github, but you can also email them to me using the address on my Github page.

Our previous maintainer of the Mac OS X version can no longer provide up to date builds of the engine. So we are looking for someone who can provide .dmg files for the engine and the full game (i.e. engine + fantasycore/empyrean_campaign). If you are able to assist, please let us know in this Github thread.

Please have your translations sent to us by March 9th. We will test and package over the weekend and release on Monday, March 12th.

If you are interested in translating or testing before the 1.0 release, use these downloads:

(Post written by Justin. This blog isn’t really built for multiple contributors, and I don’t know where else to indicate who’s posting.)

A web browser version of Flare had long been a distant wish. Thanks to Emscripten, such a wish has become a reality. This port is an excellent example as to why we keep Flare’s dependencies to a minimum. Just about anywhere SDL goes, we can go, too.

As for the porting process itself, I got my feet wet by first porting my own games. I then got the opportunity to help port C-Dogs SDL. One of the biggest hurdles was figuring out how to do persistent storage for save files and user configuration. There simply isn’t much documentation out there. Thankfully, I found this article, which helped immensely.

Only after porting those games did I feel confident and knowledgable enough to tackle getting Flare running in a browser. There are a few loose ends, but it works just about perfectly. I’ve hosted a copy of it here for you to try out. It’s a good way to take a look at the latest from our team without having to compile the development version from Github.

Hey everyone, it’s Justin (dorkster). Clint pointed to my blog as a venue for updates in Flare engine development, yet I’ve failed to make a post since then. Some of you have been following the forums and Github closely as development has marched on. For everyone else, allow me to showcase a few of my favorite features that have been developed since my last update.

In Flare, Events simply refer to things that can happen in the game. It may be a door that moves the player to a new map. Or it could be a chest that opens and drops loot. Just about all of the player’s non-combat interactions are controlled by them. Events are nothing new for Flare, but there are some new ways for developers to use them.

The developer console has had most of its old commands replaced by the ability to execute single Event components. For example, you can send your player to the Hyperspace map by running: exec intermap=maps/hyperspace.txt. This is great for single-line Events, but we needed something for more complex Events. This is where “scripts” come in.

Scripts can contain the same content as the Events you would see in map files. The benefit is that scripts are easy to reference. We can have Powers that call scripts and even have scripts call other scripts. Some possibilities include “return” scroll items that warp the player back to the hub map, or having a Power that can make loot spawn. They can be useful for developers as well, allowing us to create scripts to reinitialize quests for testing purposes. For example, you can reset the first side-quest in Empyrean by running this in the developer console: exec script=scripts/reset_krolan.txt.

One of the properties of Flare that didn’t feel right was the fact that attacks could entirely miss, even if the player visibly hit their target. The action-oriented gameplay of Flare does not lend itself well to having dice-rolls determine this aspect of combat. At the same time, we still wanted to use the Accuracy and Avoidance stats, as they were core to Offense (i.e. ranged) character builds.

The solution we settled on was to implement a damage multiplier to be applied when misses occur. This way there is still a penalty for neglecting the Accuracy and Avoidance stats, but attacks won’t completely miss when there is visible contact.

On the other end of the spectrum, we’ve also added support for “overhits”. An overhit occurs when the attackers effective accuracy exceeds 100%. The result is that the attacker deals a “mini” critical hit, which is defined by a damage multiplier in the same fashion as misses. This gives the player an incentive to further build their Accuracy stat, even if they aren’t getting many “missed” attacks.

The primary stats (Physical, Mental, Offense, Defense) have been pillars of Flare’s game play for most of its life. They fit well into the types of character builds we want to represent. However, we want Flare to be a platform for other game creators to make their own action RPGs. For many games, those four primary stats wouldn’t make sense.

There’s a lot of smaller things I didn’t cover here, including stuff on the art side. Here are a few Tweets showcasing some of them: