Flare 1.12 is now available for download. In the two years since version 1.11, there have been many improvements to both the engine and the Empyrean campaign. 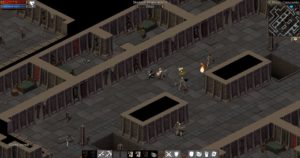 The HP and MP bars have gotten a visual refresh. The goal was to make them easier to read when they are close to being empty. The HP bar is also now a more traditional red color instead of a red-to-green gradient.

The mini map has also gotten some new features. There is now a button placed below the map that allows easy access to the pause/configuration menu. In addition, various objects are now indicated with different colors on the map:

Inventory and action bar tooltips have had some improvements as well. Comparison tooltips are now displayed for items, which show the currently equipped items for a given slot. Useful for deciding which gear to use. But some players might find it a bit cluttered, so there is an option to disable these tooltips in the Interface configuration page. 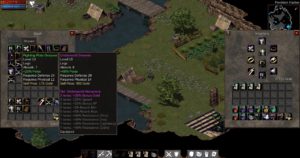 While on the topic of item tooltips, a few things have been tweaked. If an item is part of a set, we now highlight which set bonuses are active based on the number of equipped set items. Also, the buy and sell prices now use the currency item’s color to make them stand out more.

In the Video section of the Configuration page, there are two new options: Maximum Render Size and Frame Limit.

The Maximum Render Size is the vertical resolution of the game’s drawing surface. With the addition of this option, we’ve increased the default maximum render size for the Empyrean Campaign to 768 pixels. If you find this to make things too “small”, consider decreasing this setting to the previous default of 600.

The Frame Limit controls the maximum FPS that the game will run at. Lowering it to 30 from the default of 60 can help get a more consistent experience on very slow systems (or save battery life). Conversely, increasing it can provide a smoother experience for players with high refresh rate monitors.

The Input section of the Configuration page now includes options for touch controls. These options allow enabling touch controls on non-Android devices, as well as changing the scale of the on-screen gamepad. 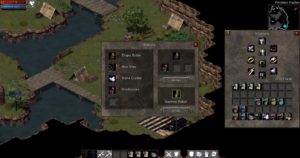 Version 1.12 of the Empyrean campaign sees the addition of a new alchemy ingredient: Mushrooms. With this ingredient, four new potion recipes have been added. Drop rates for alchemy resources have been slightly decreased, but players should still have no problem finding what they need. Lastly, Florin in Perdition Harbor now gives a quest to introduce the alchemy system to new players.

There were a handful of maps in the Empyrean campaign that tried to trap the player in a specific area as part of their related quest: the Family Crypt, the Nazia Mines, and the Torture Chambers. Yet there was always the chance the player could use a Perdition Scroll, so we had to resort to resetting the quest when the player re-entered the map. So we decided to ditch the idea of trapping the player and redesigned the affected maps to allow free travel.

It’s also worth noting that it is now possible to store all of the game’s quest items in the player’s private stash. 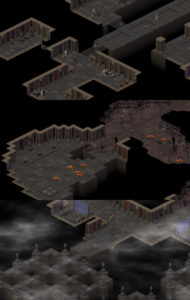 The Cleave power has received some new artwork, and has had its effective hit circle reduced to match. This change applies for both the player and enemy versions of the Cleave power.

Rakk’s close-range ice attack was vastly over-powered, so both its strength and hit circle have been reduced.

The Goblin Thief’s potion steal ability has been fixed so that it can’t steal from the player’s Summoned Zombie.

Spike traps have also been rebalanced. Instead of dealing a large amount of instant damage, they now deal less instant damage while inflicting a strong bleeding effect. They have also had their hit circle slightly reduced. This all should result in less surprise deaths by giving the player time to react and heal.

The second release candidate for version 1.12 contains a few engine fixes as well as some updated translations. See the change log for more details.

After, two years of no blog updates, I’m happy to announce Flare 1.12 Release Candidate 1. Version 1.12 brings many engine changes as well as new game content. The purpose of the release candidate is to do a final round of testing, and more importantly, initiate a string freeze. See the release page for the release notes and downloads.

Before I continue talking about 1.12, I should mention our new IRC channel. With the recent exodus from Freenode, we also moved our IRC channel to FreeGameDev.net‘s server. You can join via web chat here, or connect manually to irc.freegamedev.net:6697/#flarerpg.

New content means there are several new strings that are in need of translating. If you’re interested in helping, be sure to read over the Translations page on the wiki. The string freeze begins today, July 3, and ends on August 1. However, I’m willing to extend this time period by another month if translators need more time.

Version 1.12 marks the return of the MacOS build! I’ve only been able to test it on MacOS High Sierra, so please do give feedback if you use another version of MacOS.

For the release candidate, downloads are only available on Github. The final release will additionally have them on itch.io and Sourceforge.

Initially, we only offered downloads of Flare binaries through Sourceforge. Later releasing the game on itch.io allowed us to offer an alternative download location. As of today, we’re going to also offer downloads through Github Releases starting with version 1.11. Because we release the engine and game data simultaneously, releases will only appear on the flare-game repository.

Flare 1.11 is now available for download. Not much in this release, but players now have access to both private and shared stashes. Permadeath characters will of course only have access to their private stash. 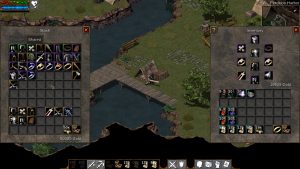 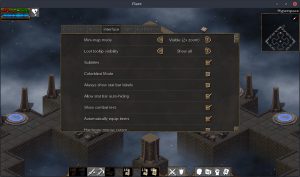 Flare 1.09.01 is now available for download. This release is a quick fix to a crash that could occur in 1.09 when initiating dialog with an NPC. 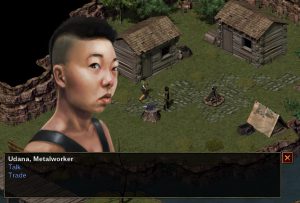 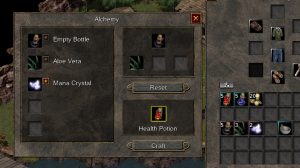 The Mods page has been updated with the Demonic UI mod and other community mods. Flare has a great community, and these mods deserve a spot on this site.

And for those wondering, development of Flare 1.09 is going well. The current change log is already quite sizable, so look forward to it in the near future.

We have relocated the engine and game Git repositories to a separate Github organization. They can be found at:

To those of you who regularly pull from these repositories, be sure to update you remotes: