Polymorphable wins a prize for the Liberated Pixel Cup!

Congrats to the Polymorphable crew for taking home the Secondary Prize for Teams in the Liberated Pixel Cup! 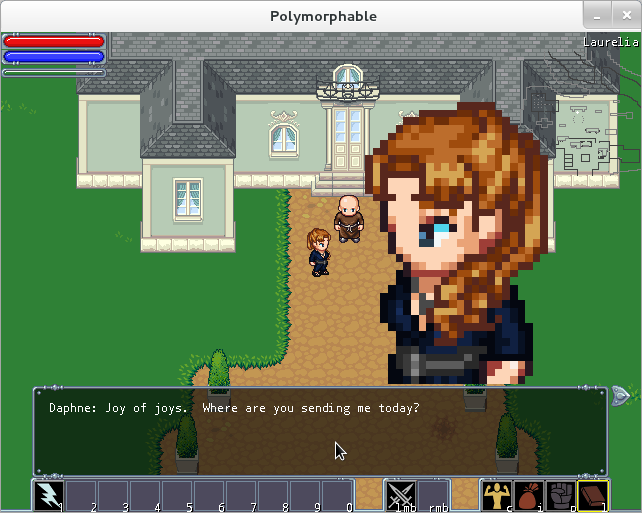 From the LPC results announcement:

Last but not least is our secondary prize for teams. Laurelia’s Polymorphable Citizens comes in as an impressive single-player RPG. The game makes use of a modified version of the FLARE engine (if you haven’t seen FLARE, well you should, because it’s an incredibly impressive projectâ€¦ really great if you like dungeon crawlers). The game doesn’t play like FLARE though; for one thing, instead of being an isometric game like FLARE, it has all the Liberated Pixel Cup look to it. And it works great! The game has a good story and some neat features. And as the title suggests, the game makes interesting use of a lot of transformation: in order to succeed in your task, you have to switch between the powers of various creatures!

It’s an interesting game, and has a good sense of story and adventure, and cool to see the FLARE engine being put to different use. Check it out!

Wow! High praise for Polymorphable and for Flare as an engine. Congrats to Matthew Krohn and Thane Brimhall who created Polymorphable for the LPC. And additional thanks to these guys for all they’ve done to improve the core engine.