The first version of the Cave Tileset is complete. Check it out over at Open Game Art! I still need to create the tilesetdef file so it can be used in-game. I might get around to that tomorrow.

Rather than create full cave maps now, I’m sort of doing cave room sketches in Tiled. Putting together interesting set pieces. Then, later, it’s just a matter of copy/pasting and connecting them up to make larger, thematic caves. 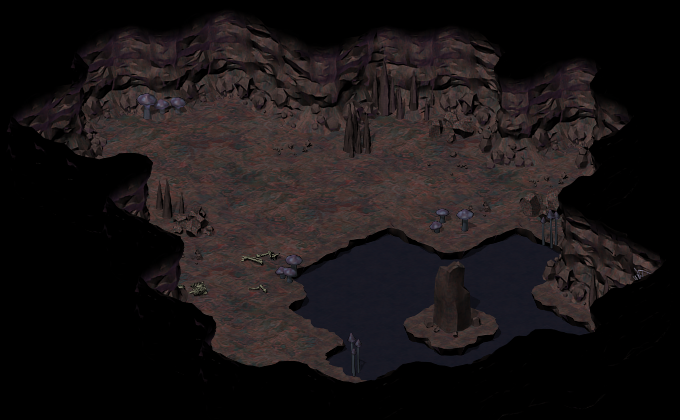 In the above render I’m experimenting with a serene sort of cave with a monolithic rock surrounded by water. I love when game maps have landmarks that don’t require explanation but instead leave you in wonder. Also, you see I’m using cave litter sparingly. Too much and the scene is cluttered; too little and it seems empty and unfinished. 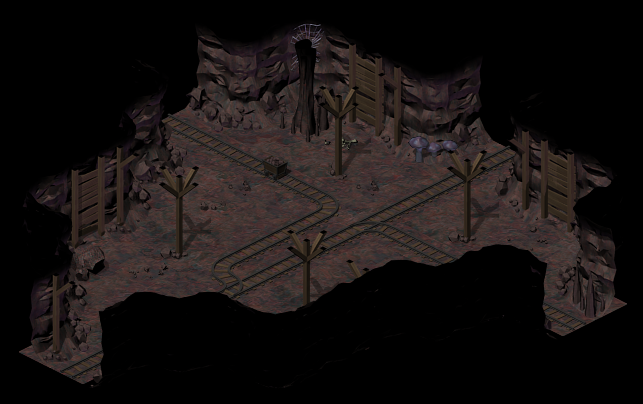 Here’s a hub room for a mining operation. Would work great as a classic “first dungeon” for a young, frightened adventurer. 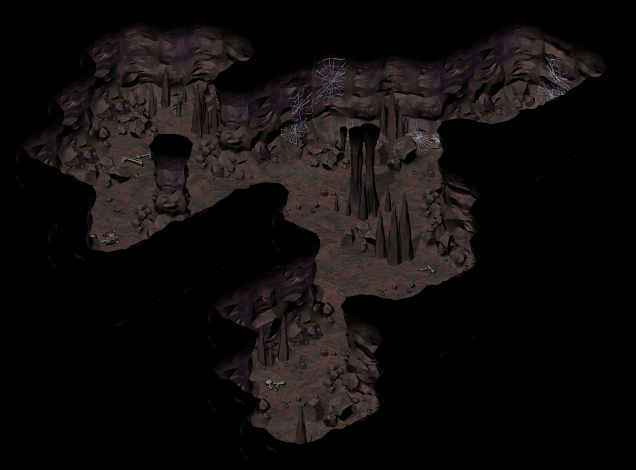 You are in a maze of twisty little passages, all alike.